The Moonbeam crowdloan is now closed. The Moonbeam Network will begin its 3-phase launch process to Polkadot on December 17, 2021.

Thank You for Your Contributions

from over participants through the Moonbeam Foundation DApp, supporting exchanges, wallets, and liquid staking providers

What is a Crowdloan?

An Ethereum-compatible smart contract platform that makes it easy for multi-chain projects to expand to Polkadot.

About the Moonbeam Crowdloan

The Moonbeam Foundation hosted a crowdloan for the Moonbeam network in November 2021. Find out more about how the event was structured.

What is a Crowdloan?

What is a Crowdloan? A Detailed Explanation of the Term

Parachains are independent blockchains that are able to connect to Polkadot. They exist as ‘shards’ and communicate with the Polkadot Relay Chain for certain shared benefits like security and interoperability. By being part of a single system, parachains are also able to securely communicate and interoperate with each other. Due to their parallel nature, each parachain is able to process transactions simultaneously and pass the transactions to the Relay Chain for finalization. This architecture makes Polkadot significantly more scalable than other single chain approaches.

Because parachains are independent and heterogenous (able to be different from each other), each parachain can be customized for particular use cases. In the case of Moonbeam, the parachain has been optimized to create the most Ethereum-like environment possible, which makes it an easy launchpoint for projects with smart contracts and applications that use the Ethereum technology stack.

In the Polkadot ecosystem, smart contract functionality lives on parachains. In this way, parachains can serve as a “layer 1” blockchain in much the same way as Ethereum does today.

Parachains are heterogeneous, which means they can each be optimized for specialized use cases.

While parachains have their own set of collators (which produce blocks), finalization occurs on the main Relay Chain by a shared pool of validators.

Crowdloans are a way for projects to fundraise for a parachain slot on the Polkadot network. An individual can temporarily lock their DOT in exchange for a reward from the project team, often in the form of the project’s native tokens. The contributed DOT are used to help parachain projects launch to the network, and are returned to the crowdloan participant once the parachain lease ends (96 weeks in the case of the Moonbeam crowdloan).

Note that, while locked, the DOT are not directly controllable by the parachain project. Crowdloan contributions are performed via a special transaction and are different than transfers; be careful that you do not transfer funds to any project directly.

Unbonding takes 28 days on Polkadot. Ensure your staking and democracy holds are cleared.

Wait for the Parachain to Secure a Slot at Auction

Crowdloan participants don’t need to directly participate in this part. Once you’ve contributed to the crowdloan, the Relay Chain ensures that the contributions are counted towards auction bids for the parachain.

Once the parachain secures a slot and launches, participants are typically eligible for rewards based on their contributions, with the rewards being up to the team which created the crowdloan.

Polkadot parachain auctions are a process by which a project is able to secure a “slot” on the network, which means they connect to the Polkadot Relay Chain as a parachain. Securing a parachain slot is the best way a project can guarantee all of its transactions will be secured by the Relay Chain.

Polkadot’s goal is to have 100 parachain slots. Since there’s a finite number of parachain slots that can be occupied, there needs to be a way to determine who can occupy them and for how long. This is done through a simple candle auction, where the highest bidder wins the slot and the “end time” is selected randomly to prevent last-minute bidders from swooping in to win the auction.

Each lease consists of up to 8 x 12 -week periods for a maximum slot lease period of 96 weeks. After the end of a lease period, it will be available for renewal or for another project to occupy. This is a good thing for the network, since it rewards parachains with active usage and a demonstrated utility; less active parachains are unlikely to compete for the slot after the lease expires.

Once auctions begin on Polkadot, new slot auctions are expected to happen every week. However, this is subject to change.

Prospective Parachains Bid for a Slot

Projects can either bid directly on a slot (if they have outside funding, for example) or the crowdloan can bid on their behalf. The crowdloan updates its bid throughout the auction as more contributions are received, always bidding the full balance of contributions at that point in time.

The Auction Ends and a Winner is Chosen

Auctions will run for one week, and at the end of the auction a random interval is subtracted from the official end time and a winner is declared. This incentivizes projects to place bids throughout the auction rather than waiting until the last minute.

The Parachain Launches on the Polkadot Network

Once the parachain slot is secured, the project is able to begin its own launch process and deploy to the network. This will likely happen soon after the slot is won, since the lease period begins at that time.

Moonbeam is the only parachain on Polkadot that has full Ethereum compatibility. The network gives protocols going multichain access to the Polkadot ecosystem and provides the easiest development environment and, the richest set of developer integrations on Polkadot. By making it easy for developers to build on Moonbeam, the network can attract and onboard new and existing applications to the Polkadot ecosystem very quickly.

Moonbeam will have a wide array of APIs, assets, bridges, DeFi, and oracles. Being a part of the Moonbeam Network means joining a lively community of forward-thinking projects that are eager to fuel the journey to a multi-chain future.

Developers on Moonbeam can write smart contracts in any language that compiles to EVM bytecode, and use all of the tools they are already familiar with. This developer-friendly approach allows teams to easily deploy to Polkadot and take part in its vibrant and growing ecosystem.

Like Moonriver did for Kusama, Moonbeam will serve as a catalyst of activity on Polkadot. Moonriver recorded 1 million transactions just three weeks after launch (the highest number of transactions on any parachain at the time) and was one of the most discussed tokens in September 2021.

Bringing the Polkadot Ecosystem to Life

In order to launch the Moonbeam network to Polkadot, the project needs to secure enough DOT to win a parachain slot in the Polkadot slot auctions. To meet this objective, the Moonbeam Foundation hosted a crowdloan campaign on behalf of the network.

For the Moonbeam crowdloan, participants agreed to lock up a portion of their DOT in exchange for the native network token (GLMR). These tokens are locked from the point of participation until the slot has been successfully won, and then through the entirety of the lease period.

The Moonbeam Foundation allocated 15% (150M GLMR) of the genesis token supply for the crowdloan. Following a successful campaign, 30% of rewards will be available to claim immediately after the network launches (once EVM and transfers are enabled). The remaining 70% will be vested over the course of the parachain’s 96 week leasing period, on a linear block-by-block basis.

5 DOT earned 20.9732 GLMR rewards. Use this calculator to estimate rewards.

The maximum of 96 weeks. Expected to be complete in October 2023

DOT. You will need unlocked, unbonded DOT,  stored either in a non-custodial (non-exchange) address or through a supporting exchange.

1) The Moonbeam crowdloan DApp
2) Supporting exchanges, wallets, and others (below)

Other Ways to Contribute

How the Moonbeam Crowdloan Worked 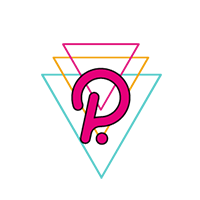 If you did not have DOT, you needed to purchase some tokens in order to participate. If you already had DOT, it should have been located in a non-custodial wallet like Polkadot.js, and without any staking or democracy holds.

How to Unbond and Unstake DOT 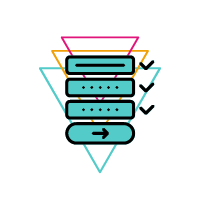 Pre-Register for the Crowdloan

You could pre-register for the crowdloan before it opened. While it was not necessary to complete this step in advance, it saved you time if you did. 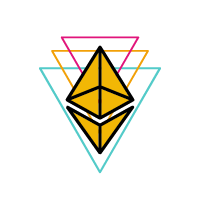 You needed a Moonbeam address, which is where rewards are paid out. Fortunately, Moonbeam shares the same address format (H160) as Ethereum, so you could use an existing Ethereum address. PLEASE ENSURE YOU HAVE THE PRIVATE KEYS FOR THIS ADDRESS.

How to Create a Moonbeam Address

How to Change your Moonbeam Rewards Address 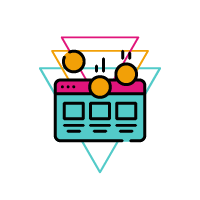 Participate in the Crowdloan via the DApp

Participates could contribute in the crowdloan via the DApp created by The Moonbeam Foundation. You needed unbonded DOT in the Polkadot.js extension and a Moonbeam address to send the rewards.

How long is a parachain lease?

On Polkadot, parachain leases will continue for 96 weeks. The Moonbeam crowdloan is expected to support a bid for the maximum 96 weeks.

How long are the DOT tokens I contribute going to be locked/bonded in the crowdloan?

Your DOT tokens will be unlocked when the lease period ends (96 weeks).

How will I be able to track my crowdloan contribution?

Following the completion of the crowdloan campaign, the Moonbeam Foundation will release a web application that displays overall statistics related to the crowdloan and also allows you to enter your DOT address to see your own contribution and confirm the rewards to be paid out. This will be coming soon.

What are the rewards for contributing to Moonbeam's crowdloan?

There are 150,000,000 GLMR tokens (15% of the Moonbeam network) allocated to reward crowdloan contributors. 30% of rewards will be available to claim once the network is live (after transfers and EVM are enabled). The remaining 70% will be vested over the course of the lease (96 weeks). The rewards will be based on a % of your contribution to the pool (Your DOT contribution/total DOT contributed)

How do I calculate the rewards for my Moonbeam crowdloan contribution?

Your rewards are calculated based on your proportional contribution to the total number of 35,759,931 DOT tokens in the crowdloan. The Moonbeam Foundation has announced a 150 million GLMR token allocation for the Moonbeam Crowdloan. 30% of the rewards will be available to claim immediately once the network launches (EVM and transfers are enabled). The remaining 70% will be vested to contributors throughout the 96 week lease period.
Calculate your rewards using this calculator.

Can I change my Moonbeam receiving address?

We’ll email you when the details of the Moonbeam sale have been announced.